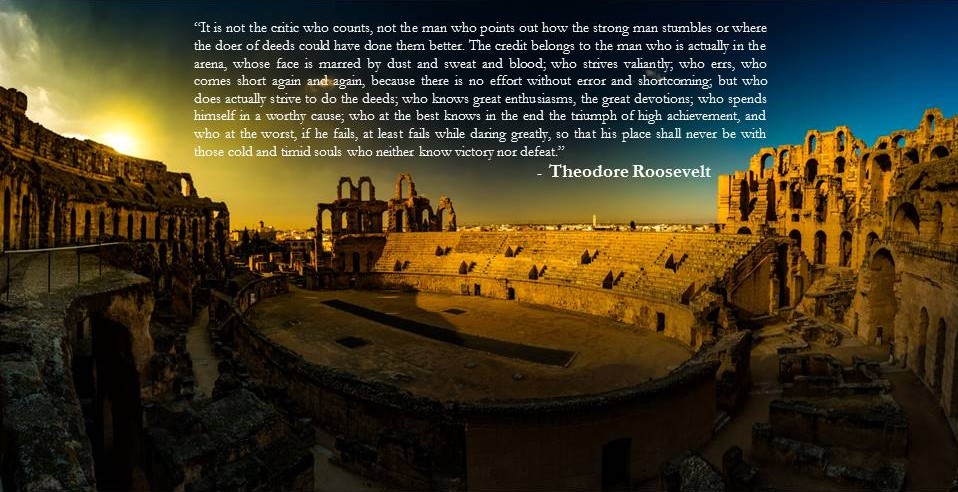 There was no shortage of fighting spirit during Canada’s engagement in Afghanistan. Attacks, raids, cordons and searches, reconnaissance operations; every day offensive actions were happening to wear down the enemy.

And yet, for all this activity, the Taliban endured and today, they remain a viable fighting force, fed and nurtured from generally unreachable safe havens. So was all that offensive activity redundant? A Sisyphean task fed by blood, sweat, and tears?

Success is generally only possible through action, through taking the initiative and holding onto it as if the dogs of hell were in pursuit. This imperative toward action, separate and yet interrelated to the overall aim of the war, is what is embodied in the principle of Offensive Action. Here’s how it can be applied to the inner creative battle with Resistance.

Military doctrine publications define offensive action as the key to defeating an opponent and a prerequisite for success. Impressive-sounding phrases are invariably used, such as offensive action achieving decisive results and preserving freedom of maneuver. But what does all this gobbledygook mean?

It means taking the initiative. It’s about being proactive, not reactive. And once one has the initiative, it’s about keeping it. Yes, there is a time and place for being reactive, such as when buying time, but even then, the seeds must be sown to regain one’s feet. In this case it’s about waiting for an opportunity, holding off until the right conditions, the right opening, presents. And when that happens, hesitation is antithetical with success.

The principle of offensive action does not guarantee that the right actions will be taken, nor does it help recognize when opportunities are presenting. Both of these situations require judgement, which more often than not must be informed by and synchronized with the other principles of war, most especially Selection and Maintenance of the Aim. What’s more, in any battle, the enemy gets a vote. That said, a tendency toward restraint – sometimes called ‘risk-aversion’ – may result in opportunities being bypassed and a general inducement of paralysis by analysis. At a certain point, one has to say, “Damn the torpedoes,” and let the chips fall where they may.

In Clausewitzian theory, the offence has both macro and micro levels, corresponding to the strategic and tactical offences. A strategic offence is any action leading directly to the overall objective, or reason for which the war is being waged. A tactical offence is any action that does not lead directly to the overall objective. By extension, there are also strategic and tactical defences.

In his book, On Strategy, Colonel Harry G. Summers Jr. explains how the American strategy of containment during the Cold War was strategically defensive as it did not directly attack the adversary. And yet, it was still possible to go on the tactical offence through a sort-of long term war of indirect attrition in proxy campaigns.

Aside from assessments on how well this theory might explain the collapse of the Soviet Union, the key takeaway from this analysis is to know whether one is on, or should take, the offence or defence. That is, it is important to know what type of war is being fought.

To apply the principle of offensive action to inner creative battles, first, remember the aim; to pursue a creative calling.

Second, remember the enemy. Clausewitz writes of defeating an enemy through the destruction of their forces, through the occupation of their territory, or through the annihilation of their will to resist. Thanks to Mr. Steven Pressfield, we know that our enemy, Resistance, has no territory to occupy. Resistance has no forces. What Resistance does have is will to defy us, in spades and inversely proportional to our fear.

Third, apply a strategy that delivers the aim while taking into account likely enemy actions.

In this case, the strategy is to write, which leads directly to the goal but unfortunately does not destroy the enemy’s will to resist. Although we can achieve short term victories, Resistance will return every day to exploit our weaknesses in its own bid to kill our creative spark.

Thus, we are on the strategic defence. The best we can hope for is to contain Resistance, depriving it of the fuel it needs to survive, but never quite extinguishing it outright.

Resistance, on the other hand, is on the strategic offence. It wants to shut us down for good and it has the tools to do so. That doesn’t mean we can’t win.

Resistance reacts to us – the harder we push, the harder it resists. This is important, because Resistance is reactive, it’s on the tactical defence and therein lies an opportunity to seize the initiative through the tactical offence. Take action. If you’re a writer, pick up the pen (a much more compelling image than, ‘turn on your word processor…’) and write. Each pen stroke, each type of the keyboard is a shot fired, an artillery fire mission called in. At a certain point, Resistance will fly the white flag, at least for a day. Then it will be time to consolidate on position, then prepare for the next day’s battle.

But it won’t be easy.

It’s true that the adversary should never be underestimated and Resistance will deploy all its resources in opposition to our action. Fear, guilt, procrastination; all these weapons effects will be brought to bear to induce our own paralysis, nulling our activity and gradually wresting the initiative from our grasp. And since an object at rest tends to stay at rest, once Resistance gets us to stop, it is exponentially more difficult to get started again.

In Steven Pressfield’s book, The War of Art, there’s a section entitled, ‘A Professional Acts in the Face of Fear.’ This is ultimately what the principle of offensive action is about. There is one cure, one tactic that Resistance cannot beat, and that’s to do the activity that Resistance is seeking to stop. It’s okay to have fear – indeed, have a healthy respect for fear – but do not be afraid. Respect your enemy, yes. Fear them, yes. But act nonetheless. Write. Paint. Sing. Whatever is the endstate of your inner creative battle, Just Do It.

As Afghanistan has shown to so many countries over time, action alone is no guarantor of success. The corollary, however, is that you almost certainly cannot reach your goals if you do not act.