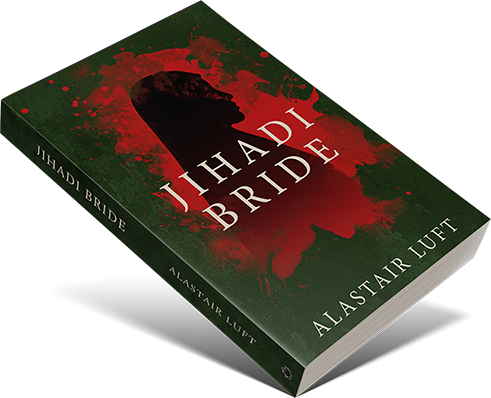 Erik Petersson works with the High-Risk Traveler Task Force, an organization that prevents radicalized individuals from joining extremist groups. Disciplined and dedicated, Erik’s carefully controlled world is upended when his daughter, Arielle, leaves university to join the Islamic Caliphate, a terrorist regime in Syria. Erik rallies a desperate effort to stop her, but when he fails, he resolves to bring Arielle back, whatever the cost.

Driven by a secret she can’t outrun, Arielle’s dream of a more purposeful life is confronted with the brutality of life in the Caliphate. When she attracts the attention of Abu Noor al Kanadi, a terrorist leader bent on attacking North America, Arielle must choose whether to sacrifice her dreams to survive or risk a frantic bid to escape. Torn between rival agendas, father and daughter must choose between family or country, love or fear. 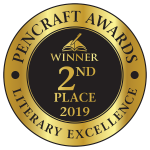 “A timely edge-of-your-seat terrorism thriller that plays on every parent’s worst fears. This cinematic thriller is destined for TV.” – Best Thrillers

“A captivating look at the grim cosmos of international terrorism ensconced in a moving family drama.” – KIRKUS REVIEWS

“Jihadi Bride is not just a thrilling and well-written account of a teenage girl’s experiences in a terrorist organization, but also an exploration of healing, accepting change, and fighting against all odds for love.”  – IndieReader

“…a smart thriller that gives the reader a scary peek inside one family’s harrowing experience with modern Islamic terrorism.”– Sublime Book Review

Major Hugh Dégaré never thought working a desk could be worse than combat. But shortly after starting a new job in Canada’s National Defence Headquarters, he finds himself fighting to maintain his grip on reality. Amidst sleepless nights and intense memories from his combat service, he does what he’s always done; takes action.

Afraid of being stigmatized by his chain of command, he turns to a psychologist and an estranged friend, Daryl, now an ex-soldier. Despite his best efforts, Hugh’s rage continues to grow. When his support network starts to fall apart with no end in sight to his symptoms, Hugh finally turns to a questionable military medical system, desperate to do anything to save his career, marriage and life itself.  His sole remaining hope is that the system supposedly designed to help him doesn’t put the final nail into his coffin instead.

Praise for The Battle Within

“A must read, raw and real account of the harsh battle that rages on all fronts for many soldiers upon returning home from deployment. These shared soldier’s perspectives in Luft’s words draw you into the daily struggles and challenges our finest face when dealing with PTSD as a result of their service, with the highest price of all often paid by their loved ones. Hard lessons that we tragically seem destined to learn over and over again.”

“Alastair Luft is a gifted writer and a masterful story-teller. And although this novel is a work of fiction, it shines a searing light on the real-life challenges and sometimes tragic consequences of Post-Traumatic Stress Disorder for the men and women of the Canadian Armed Forces. It also puts a very human face on those who unselfishly serve in harm’s way on behalf of the nation, and the families that so lovingly support them. I found this novel almost impossible to put down once I started reading it. I strongly commend it to all.”

“Generations have sought to understand a major battlefield injury; shell shock, battle fatigue or Post Traumatic Stress Disorder (PTSD) as it is known today. Alastair Luft has made a major contribution to our knowledge, by putting a personal face on “the battle within” which will serve both soldier and citizen alike. The novel is a challenging one to read. It is written in the language of the soldier, and reflects the sense of hopelessness and betrayal felt by the PTSD sufferer. One can’t read it and be untouched by their plight but such awareness is essential if society is to address the nightmare many soldiers face – the price they have paid for defending our freedom.”

“Non-fiction books have been written by the score about this century’s war in Afghanistan. Many were written by soldiers who in most cases were compelled by loyalty and the brotherhood to protect those who suffered, particularly from the curse of PTSD. Alastair Luft has broken the code and found a method to expose the pain and suffering of the PTSD victim – reveal it in fiction! While all cases are different, many of the manifestations are eerily simmilar and the book’s tragic hero endures many of them with dramatic results. Anyone who wishes to understand much better, no matter what their background, the silent curse of PTSD and enjoy the journey would benefit from reading this compelling story.”