Watched the storm, and each other.

I started this story from the point-of-view of a woman who goes hiking in the mountains. She’s alone, but used to being in the wilderness, and when a snow-storm comes up out of nowhere, she seeks shelter in an abandoned hut she’d plotted on her map. Prepared to ride out the storm, she enters the hut only to find it already occupied, by a bear of a man who looks like he’s been living in the mountains for a year.

This man appears to be on the run from something, and he is. A petty thief and thug, he’s hiding out from a police warrant in the hills, and trying to become something better than he is (picture a long background about how he grew up in deprived circumstances etc.). When the woman interferes in his living environment, his initial thought is to kill her so she can’t tell anybody where he is. But he pushes that down and tries to be as civil as he can.

From the woman’s part, she doesn’t trust the man at all. Aside from his appearance, she’s alone in the wilderness, and she knows how to take care of herself. She’s polite to the man, but keeps her distance, and always keeps an improvised weapon close to hand.

The man interprets the woman’s actions as cold. He thinks she’s judging him, and it grates on him. He tries to make small talk, but is rebuffed and he gets angrier and angrier. The storm rages on outside (cliché and all that…) as the tension in the hut builds, until finally the man attacks. The woman fends off the attack easily and lays the man out with a stick upside the head. He’s hurt, badly, and she leaves him there and heads down the mountain to get help.

Not entirely sure what this story is really about. It seems to be heading in the direction of something about self-fulfilling prophecies, but I’m a bit leery of endorsing or exploring that idea as I think it minimizes the seriousness of the woman’s situation. Maybe it’s really about how people can’t change, although I think it would need to explore the woman’s background much more for that to be the case. 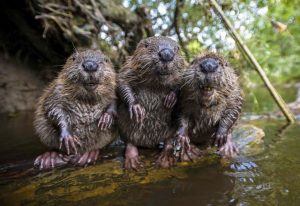 Should’ve never left. Family is everything.

The protagonist in this story is a research biologist along the lines of Farley Mowat’s Never Cry Wolf. Shortly before he’s due to leave to study the impacts of climate change in Canada’s North, he has a blow-up disagreement with his wife (over something fairly major, although I didn’t explore what that could be). He leaves without resolving the situation, and takes this anger and resentment with him.

He normally enjoys his time in the bush, but this time, he doesn’t. He’s distracted, cuts corners, makes lots of mistakes. Even still, he finds several interesting animal populations to study, including a family of muskrats struggling to adapt to a changing habitat.

Due to his sloppiness, he ends up getting really sick. He tries to keep working, and one day while observing the muskrats, he passes out and wakes up to find the muskrats studying him. They watch him for a while, and then they move on, helping each other to maintain their nest and find food and it occurs to him that to them, he’s probably the strange one. Alone and on his own, with nobody to support him.

Having realized how close he’s come to dying in the bush, he’s faced with a decision. Stay and finish his assignment, or head back home to patch things up with his wife, and that’s as far as I took this one. The theme I had in mind for this story was something like Andre Maurois’s quote that, “without a family, man, alone in the world, trembles with the cold.” 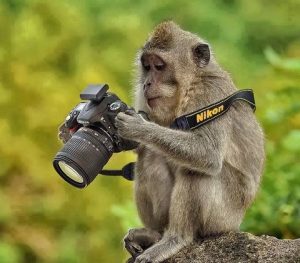 I thought my mistress was alone.

This story is also about a biologist, although this time he’s a research assistant who has a hard time keeping it in his pants. That becomes even harder when he’s out in the bush, and he ends up having an affair with the wife of his boss. They thought they could keep it a secret, after all they knew where the husband was at nearly all times, but the one thing they didn’t count on was a curious monkey.

Turns out, the team had been allowing this one particular monkey to come into their camp and play with some of the hardier equipment. Unfortunately, they never noticed that the monkey had figured out how to use the camera. That all changed when the husband returned to camp one night and downloaded pictures off the camera and discovered some beauties of his beautiful wife and his research assistant.

I pictured the husband going full out revenge on his research assistant and wife, and hunting them down. That leaves the research assistant with a bunch of poor choices, try to talk the guy down, run away, or fight, none of which I explored. Also not too sure what theme might have been appropriate, maybe something like, ‘if you’re going to be stupid, you’d better be hard.’ 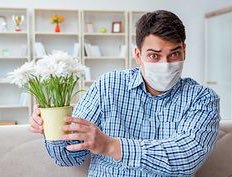 I pictured the protagonist in this story having a form of developmental disorder, particularly impaired sense of social interaction. He’s highly functional, but he definitely has a number of compulsive behaviors, one of which is an obsession with hygiene.

He ends up succeeding through much of life, although not without challenges. He goes into finance and does well, and then he meets a girl and for the first time, he feels what he thinks might be love. He’s completely unprepared for this situation, and it’s made worse when she gives him a gift of something (I don’t know what, I didn’t get to that point). And so, he feels he wants to give her a gift in return.

He does a ton of research, realizes that flowers are a pretty standard romantic gift. Along the way, though, he also comes to suspect the flower industry of being unhygienic. (I was pretty sure this would be false, but having done some quick research, I found that some hospitals in the UK banned flowers as gifts back in 2003 because the water in the vases could harbour germs.) His challenge, then, is to either overcome his aversion to things that aren’t unhygienic, or walk away from this girl who he thinks is interested in him.

I felt this story explored the theme that love requires sacrifice, or at the very least, compromise. 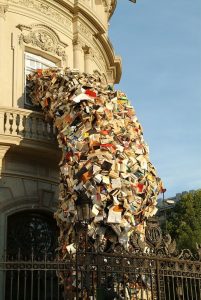 I prefer books. They don’t cheat.

This story is about a couple who meet in the local big-top bookstore. She’s a consummate bookworm and artist, he’s a big-time banker who thinks books are best used as coffee-table decorations. Despite a few misgivings, she lets herself be talked into going on a date and that leads to a very hot and cold romance.

After a few months, it comes out that he cheated on her and they have a massive fight. She says she wishes she’d never met him, he says if she’d paid more attention to him instead of going around with her nose stuck in a book, he wouldn’t have had to cheat. Needless to say, that doesn’t go over well. She leaves, pausing to tell him that if he understood her more, he’d know why she likes books so much.

The guy is surprised at how terrible he feels when she leaves, and he actually makes an effort to think about what she told him. In turn, that leads him to build this monstrosity of a book cascade at her apartment, because he thinks it will show her that he understand books are more than just objects to her, they’re art.

When she sees the book-fall, she is understandably impressed. She considers forgiving him…and then tells him to get out of her life, and take the book monstrosity with him (doesn’t he know the books will get wet?!?) Because he had his chance, and dirt bags rarely change.

And that’s it for this week. Hope you enjoyed!