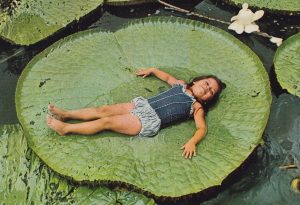 At what cost to find Paradise.

This girl ran away from home, and for good reason. Her father’s an absentee workaholic who’s never at home and her mother’s bitter and resentful that having children made her lose pace in her career, drove her husband away, and generally just made her life miserable.

For all that, the girl has one friend at school who has it even worse than her as he comes from an abusive family. They are nearly inseparable, and the girl projects all her love and care onto this one friend who needs her.

Still, when this girl finds a portal to a strange and magical Paradise, she takes it. (Very vague, I know, but not sure that specifying something like, ‘she passes through a wardrobe,’ really matters at this point. It happens, let’s leave it at that.) Paradise, as should be expected, is awesome, and the girl naturally feels like she might never leave.

The longer she stays, however, the more the girl realizes she’s changing. She doesn’t need to eat or drink or sleep, and she no longer feels pain or anger, just a general feeling of happiness which soon becomes her normal. Although everything is great, it’s also all the same, all the time, and she can feel herself detaching from her previous life. At a certain point, she realizes she’ll no longer be human, and that causes her a bit of sadness because she knows her friend needs her. So what is she willing to give up to stay in Paradise? 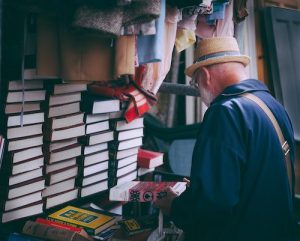 Uncle never found her. I did.

This photo came with the prompt to, ‘write a story about an excursion with an older relative,’ which was alright since that’s the way I was leaning anyway. Here’s what I came up with.

The protagonist is a teenage boy who recently finished high school. All through this boy’s life, his uncle has taken him on trips. Daylong trips at first, and then gradually longer and longer, and farther and farther afield. Always to new places and while the trips are generally fun, the boy’s uncle has this fascination with searching through antique shops and used book stores, although he rarely, if ever buys anything. The boy would often ask his uncle what he was looking for, only for the uncle to waive off the question and say he’d know when he found it.

The summer after the boy graduates from high school, the uncle plans a month-long trip to Europe. The boy is initially excited, but then quickly discovers that his uncle’s antique-fetish seems to have reached new heights and it quickly becomes too much for the boy. They have a blow-out and the boy accuses the uncle of living in the past and then storms off.

Once he’s cooled down, the boy calls home to tell his parents he’d like to cut short the trip, only to have his dad explain what the uncle has been looking for this whole time: signs of his first love, an artist and writer who left when both her and the uncle were young. This woman had kept in touch at first, sending the uncle photos and trinkets from everywhere she’d visited, and the last one had led the uncle to believe she lived in Europe.

The boy feels terrible and searches out his uncle, only to have his uncle tell him that he was right and that it’s time to move on. The boy refuses to give up and continues the search for his uncle’s love, eventually finding a definitive sign. And that’s as far as I went with this one.

As far as story mechanics, the theme I had in mind was some variation of, ‘never cease loving someone and never give up hope for them,’ although since I didn’t complete the story, I’m not sure if it would be a positive or negative take on that. 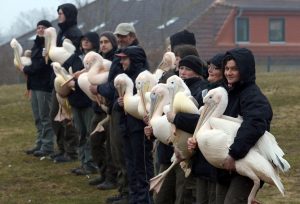 Come Cullingtime, I pick who dies.

The POV character / narrator in this story is off camera and the story is about a small village that has a tradition called ‘Cullingtime.’ Cullingtime isn’t an annual tradition, but more one that’s held whenever fishing is poor and what happens is that one person from every family finds the biggest pelican they can and they bring it to the park in the town square. Once everyone is gathered, the narrator judges which pelican is the biggest and then that person and the pelican are put to death. This story is pretty much just a different perspective of Shirley Jackson’s wonderful short story, ‘The Lottery.’ 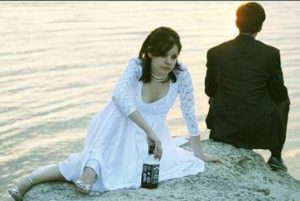 All her exes crashed our wedding.

This happily engaged couple had the perfect romance, right up until their wedding day. On that day, the groom woke up and got out of bed only to be attacked by one of his bride’s deadly ex-boyfriends. The fight ended quickly and the groom was the victor, but no sooner had he left to pick up his tux than another ex-boyfriend attacked.

Turns out that the bride’s ten ex-boyfriends formed a pact to test anybody who wanted to marry her by fighting them in single combat (so basically this is Scott Pilgrim vs. the World). Needless to say, the groom is a bit pissed that none of this was explained to him when he popped the question to his fiancée. 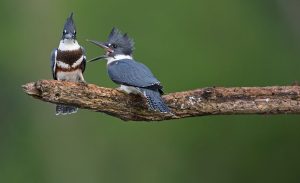 Unlike people, birds don’t get suicidal.

This story is about a birdwatcher who gets cancer. Serious cancer, the kind where the doctors glance at each other when asked what the treatment options are and clear their throats and then suggest in a roundabout way that maybe the focus should be on quality of life for whatever time is left.

Of course, the birdwatcher is a fighter and refuses to go gently into that good night. Turns out though, that the treatment is pretty miserable. So one day after a bout of chemo, the birdwatcher is lying in bed and wondering what the hell he’s doing and whether it wouldn’t be better if he just called it a day when he looks out the window from where he can barely move in his bed and spies these birds. And they could really care less that he’s got cancer. They could care less that he has a mortgage or that he’s never reconciled with his ex-wife or they’re probably going to die themselves in a year or two because they’re too busy living. And the birdwatcher is just amazed and in wonder and takes this as inspiration to redouble his fight.