Bit of a break for me as I paused to focus on my TEDx talk on 9 Feb 19, so just starting to get back into things. On that note, here are the weekly roundup of six word story explanations. As always, the six word story is the caption under the photo and the explanation follows the caption. 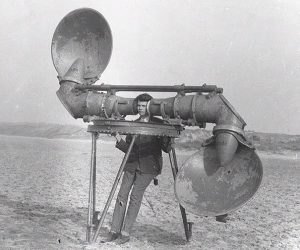 If they’re there, I’ll hear them.

This man’s wife and daughter died in a fire. And he’s an engineer, so he believes what he can see and touch and hear and so he knows that they’re gone and they aren’t ever coming back.

So why does he start hearing voices?

He hears them at night in bed drifting off to sleep and he hears them in his daughter’s bedroom where he read her bedtime stories and in the garden where his wife’s sunflowers are reaching to the sky despite the fact he never waters them. How can he? He can’t even bear to set foot in that patch of ground that still carries the indentations of his wife’s feet.

He comes up with and discards countless hypotheses until only one thing remains, which is that his wife and daughter are still somehow around and trying to communicate with him. It’s crazy, he knows, but he still builds this contraption, telling himself he’s working to prove the hypothesis false and at the same time, suppressing that spark within that hopes, truly hopes he’ll hear something. 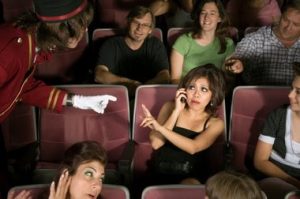 Nobody believes I’m a CEO. Nobody.

Not a lot of empathy for people who use their phones in a theatre, however (and that’s a very big however since there are so many easy options to get around it), there are, on occasion, times when waiting two hours to return a phone call doesn’t cut it. I know, I know, a more considerate option would be to not go into the theatre at all if someone’s expecting a call that important, but for the purposes of this story, let’s assume people want to live their lives and also be available to take important phone calls.

Clearly, she’s a CEO of a fledgling start-up that’s doing really well and the phone call is about seed capital to expand her operations. But she doesn’t look the part, and nobody believes her, and so the story is really about how she overcomes all the negative perceptions and obstacles.

She’s also still inconsiderate, I get it, but the point of this story was to highlight that she had a good reason to be on the phone, even if nobody believes it. 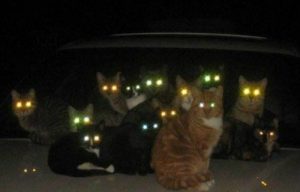 Her cats came on our date.

Boy meets girl. Boy asks girl out for a date. Boy shows up to pick girl up and is greeted by her army of cats. Still, girl is hella fun to be around, so boy does his best to ignore the cats, even when they start doing really weird things that should be impossible for cats to do, like tailing him when he takes the girl out.

Boy falls for girl, but over time, he starts to get really creeped out by these almost sentient cats. And then, girl starts acting weird, so boy decides that on the whole, maybe they’d be better going their separate ways.

Boy breaks up with girl.

Cats start showing up in boy’s life. Start mewing outside his bedroom window at night and clawing at his door. A posse of seemingly feral cats even hiss at another girl he finds himself talking to one day.

Turns out that girl is a psychopath who shares a telepathic bond with her cats. And as they say, hell hath no fury like a woman scorned, especially when that woman has the ability to telepathically control a herd of cats. Pretty sure that’s how that saying goes.

Anyways, girl and her cats terrorize boy. Boy goes to the police. Police laugh. And laugh. And laugh. Boy is hunted through the night. Girl confronts boy. Girl delivers villain monologue (because genre convention) and boy somehow turns the tables and escapes while girl dies. The moral of the story is that the archetype of ‘cat lady’ is well deserved.