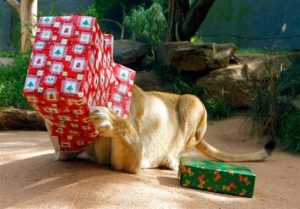 Anyone who’s read Christmas stories to their kids will probably have come across a number of books where Santa’s trip around the world is interrupted. I read one just the other day where all the reindeer get colds and Santa is left with one last gift to deliver so he enlists the help of the Little Engine That Could (as well as a creepy clown for some random reason).

The story for this writing prompt fits right within that genre. Although the target audience would probably be young adult instead of children, for obvious reasons.

It’s Christmas Eve, Santa is busy delivering toys and somewhere along the line he parks the sleigh in a convenient place for him, and also for several lions kicking around. Unfortunately, there aren’t too many lions running around the North Pole, so Santa’s reindeer are a little slow to react to these foreign predators and the rest, as they say, is history.

To be clear, I didn’t see the reindeer actually getting eaten, but at the very least, they all skedaddle and Santa is left to recover the gifts from the lions and figure out how to get them around the world. That’s about as far as I took the story, but I’m sure Santa would be helped by some little girl or boy for the simple fact that this tends to be a convention of this genre.

One thing I tried to play around with on this story was voice. Although the words, ‘fun fact,’ are actually fairly redundant for the overall story, I was looking to lighten the story because I saw it being for older children / YA. So even though ‘fun fact’ adds nothing to the plot, they serve to add a bit of humour, which I think makes them as equally important. 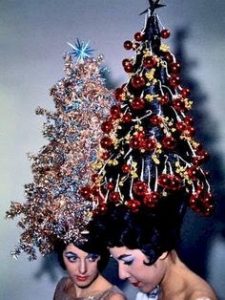 Being a model is a curse.

I recognize there’s probably not a lot of sympathy for the life of a model. As Derek Zoolander said, “People come up to me all the time and say ‘you should be a model,’ or ‘you look just like a model,’ or ‘maybe you should try to be a man who models.’ And I always have to laugh because I’m so good looking. Of course I’m a model.”

On the other hand, much like athletes, I’m sure the lives of models who aren’t at the top of their profession sometimes leave a bit to be desired. Like having to shove down one’s personal feelings and issues to wear whatever Godawful thing the photoshoot demands.

In this story, the long-time boyfriend of the woman with the cherries in her hair (or lollipops or whatever those are) died the day before this photograph. This woman had moved to New York to try to make it as a model and she’s bounced between so many small magazines and shoots that she’s lost count. This Christmas themed photo was sold as being her big break – hey, she gets to work with some big name photographer! – and also her agent told her if she didn’t show up, she might as well go back to Everytown, Idaho, for good.

So the model sucks it up. Pulls a Homer Simpson and pushes her emotions so deep inside she can’t recognize and does her best to look like she’s enjoying having her hair put up like a Christmas tree. And it becomes the proverbial straw that broke the camel back. 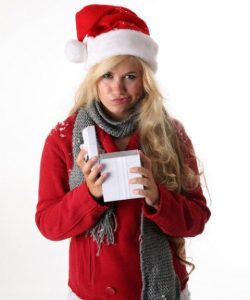 This is Jack’s life crashing down.

Jack is a terrible gift giver. It’s not just that he mails it in, it’s that he puts no thought into gifts whatsoever. Unfortunately for him, these types of gifts land him in trouble more often than not and this Christmas he topped himself by giving his wife a gift card to the Golf Store. Sounds good, except the only one who plays golf in his family…is…him. And this despite his wife e-mailing him a list of specific gifts he could get her, complete with links to Amazon.

So begins a very silent and chilly Christmas for Jack, who didn’t exactly hit homeruns with his other gifts either. And Jack decides to finally pay some attention to this issue, and he resolves to give a thoughtful gift to somebody in his life for every day of the next year.

This is way harder than it sounds, although Jack starts off strong. January is good, although unremarkable, and thinking he’s got this gift giving thing licked, he goes on cruise control through February and somehow makes things worse.

And then a funny thing starts to happen. Through the middle of the year, he discovers he’s having an easier time picking out gifts. And the receivers seem to be genuinely grateful. His relationships get better, and it all comes together with the gift to his wife the next Christmas. The end. 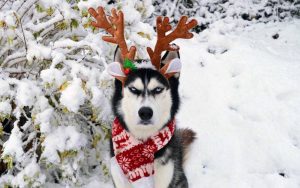 Anything, taken to excess, becomes destructive.

This story is about a woman who loves Christmas. I mean, loves it. Decorates everything and gets everyone to be in the Christmas spirit. She even got her boyfriend’s dog to wear reindeer antlers and a scarf, because Christmas.

Unfortunately, the woman’s boyfriend is the second type of person. He also loves his dog, and so when he sees his most loyal friend being staged for a Christmas photoshoot, he decides that enough is too much. His girlfriend wanted joy for Christmas? How about some space instead.

Thus begins a story where the woman works to win back her boyfriend by showing she can respect boundaries. And in the process, she learns he likes Christmas after all, he just expresses it in different ways, so I guess the theme of the story is that, ‘less is more.’