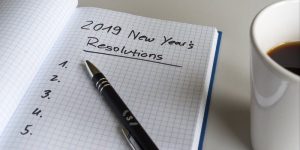 How do you improve on perfect?

2019 kicked off with a couple of resolutions themed prompts, including this one of a blank list. Clearly, this person has nothing to improve on.

Or so he thought.

Actually, the only reason this guy started this list is because his girlfriend gave him an ultimatum to shape up or ship out. So, he tried his best. Eventually he came up with a few, like wear a tie more. Unfortunately, he kind of missed the point, which is not surprising since his most glaring fault is a crushing lack of self-awareness combined with a huge ego.

As a result, the year ends up being pretty rough for this guy and he reaches his low-point when his girlfriend breaks up with him. He gets little support or sympathy from friends and family, and ultimately he has to decide if he’s willing to be honest with himself, or keep living in his dream world. 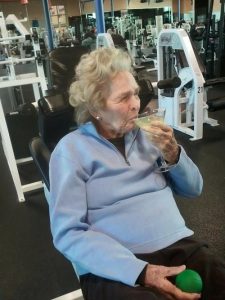 One drink won’t hurt. Will it?

Another resolution-themed prompt, and one many of us are familiar with: the gym. This woman didn’t just make her resolution though, but has instead pulled off a year of hitting the gym every day. She’s in better shape, sleeping better, happier, in fact, everything she thought would happen.

So why not celebrate with a little drink? It’s just one, after all, and the celebration was organized by the fitness staff in her local gym. In fact, it would be rude to turn down the drink, that’s how she was raised!

Too bad she’s a recovering alcoholic.

One drink leads to a second, and a third, and a missed work out the next day. But that’s okay, right? It’s only one day. Until she decides to have another drink. And then there’s another missed workout, which leads to a year of massive backsliding. The theme of this story is that it’s dangerous to go back to old habits. 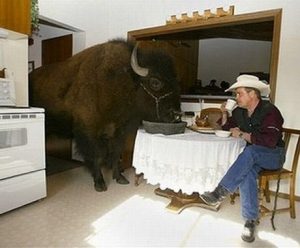 Got fooled again, shame on me.

What struck me about this prompt is that the guy is so calm. I mean, he’s just drinking his coffee as if it’s completely normal to have a buffalo seated across the table from him. That reminded me of one of my dad’s old friends who was a practical joker.

One night, so the story goes, my dad and their other friends decided to get some revenge on this guy during a meal they were sharing. When the guy stepped out to go to the bathroom, they replaced all the whipped cream of his Black Forest cake with horse radish. The only problem was that when the guy started eating his cake, he didn’t even flinch, which is what reminds me of the man in this prompt.

I didn’t really develop the story much beyond that, but I saw the man in the cowboy hat working on a killer practical joke to get back on his friend and his wife only to realize that his heart wasn’t in it because it was just plain mean. At the end, the man realizes that having a sense of humor in being able to choose his attitude towards life’s challenges is the most important quality. 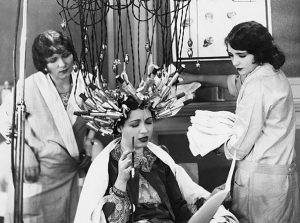 ‘Fairest of All’ belongs to me.

I still don’t know what’s going on with this woman’s hair. It kind of looks like some sort of salon, or maybe a makeup chair, so I chose to believe that this is some kind of process to make her better looking. Whatever it is, it seems like it’s a lot of trouble, and who would go to that much trouble just to look good?

Snow White’s evil stepmother, of course. This woman was so focused on being the fairest that she actually made herself the ugliest to do it.

The woman in the chair has the exact same drive, which is why she is subjecting herself to whatever is going on here. Too bad she didn’t do her research because this particular process makes all her hair fall out. But does she give up? No, she doubles down and seeks out even more treatments to make herself beautiful. So really, this is kind of like an updated version of Snow White but told from the point of view of the stepmother.