prev next
Even with limited training aims, the cold and snow made everything take two to three times longer than I estimated. Our first week went something like this: pull toboggans, set up camp, do tent routine, repeat. The best part was the relative quiet in the middle of the night while on stove watch. In my tent group, we collectively read Andy McNab’s first fiction outing, Remote Control, each soldier picking up from wherever they’d left off in their last shift.

By the end of that week, I got it (what we were doing anyways – not Remote Control). Winter conditions are possibly the most rigorous and hostile environments in which to serve. But, strong leadership and a ruthless adherence to developing the skills and technical competence to operate in the cold can make the difference between success and failure. In other words, training, which is the subject of this week’s CAF leadership principle. 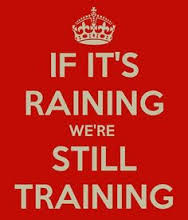 Train Individuals and Teams Under Demanding and Realistic Conditions

The old principle that spoke to this concept was ‘Train your soldiers as a team and employ them up to their capabilities.’ As with most of the other principles, I appreciate the new version, particularly the addition of demanding and realistic conditions. The mentality of ‘train as you fight’ is an important contributor to development of cohesion and has long been recognized in the military, as personified in the maxim that a pint of sweat saves a gallon of blood.

* Interestingly, one aspect of the previous principle that doesn’t seem to have survived in any of the new ones is to employ your soldier up to their capabilities. Not the subject of this post, but perhaps worth a future look.

​To broaden my view, I broke down the constituent parts of the principle, starting with the definition of training. In a military context, training refers to developing predictable reactions to predictable situations.

Coming under effective enemy fire? Double tap! Dash! Down! It’s a drill, which is what soldiers mean when they say something has been ‘drilled into them’ – it’s become a reaction that everyone will do in a similar situation, which is reacting to the chaos that is the fog of war.

Training is notably different from education, which is the development of critical thinking in the face of the unknown. While different, the two terms are symbiotic as critical thinking is how a person applies their training to new situations. A great example is when the military gets tasked with non-core tasks, like fighting forest fires, a task under aid to the civil power. That’s not at all what the military trains for, but the basics of what a platoon does can easily be adapted. (Within reason – infantry platoons are generally employed as clean-up in this type of scenario, slave labour to put out hot spots so the limited numbers of real firefighters can concentrate on the fire itself. There’s a lot of skill and experience needed to be a professional firefighter.)

“3 Platoon, your computers to your front, third-person omniscient point of view, on your own time – write!”

For that matter, stories are supposed to be different, even redux ones. Can you imagine anything more boring than a story based on completely predictable responses to predictable situations that you’d seen before? It’s the opposite advice of story doctors and publishing agents everywhere.

Thankfully, the perspective changes if one takes a broader view of the business of writing to encompass a variety of activities, including writing, reading, and outreach. We explored these concepts last week, but the additional nuance to consider in this article is that there’s never enough time for all activities. Ergo, there will always be competing demands against the main effort of a writer’s activities, which should be real, actual writing. Thus, the question every writer should be asking themselves is how to free up as much time as possible to dedicate to writing.

That’s where Tim Grahl comes in. 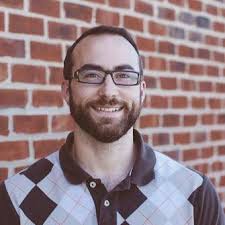 ​For those who aren’t aware, Tim Grahl has put out some masterful information on book writing, marketing, and development of an author platform. One of the planks of Mr. Grahl’s method for developing an author platform is that systems should be used any time there’s a repeatable activity, such as some social outreach activities or calendar scheduling activities. For example, if a person signs up for an author’s e-mail list, best practice suggests that they should get an e-mail confirmation – that’s a predictable situation that demands a predictable response, so a system can be applied.
More broadly, the aim of using a system, either a checklist or automation through software, is to free up time which can be spent on other activities, like writing. This isn’t training in the true sense meant by the CAF Leadership Principle, but it’s an adaption of the underlying theme which is to create an automatic response, or, automate where possible.

Having established that the training part of can be adapted, let’s look at the second part of the principle; training in demanding and realistic conditions. Again, this is hugely applicable in the military, or any sort of individual or team sport where there’s time to train, or practice. And, at face value there are perhaps some scenarios that a writer could train for, understanding that the definition of ‘realistic and demanding conditions’ will be situationally dependent for each writer. Have a difficult time with interviews? Train for it (which I should have done during my crowdfunding campaign…) Don’t like book signings? Train it!

Even with writing itself, there are likely aspects that can be trained; outlining a book, for instance, or doing character sketches. Although the end-product may be different, the process to get there could be largely the same and the more familiar the writer is with applying that process, the more efficient it should theoretically be. Is it demanding? Maybe…after all, stories abound of authors who’ve suffered horrible angst from writer’s block. But while demanding may be in doubt, realism is not. Sitting in front of the computer, or typewriter, or foolscap page or whatever is as real as it gets.

As I alluded to earlier, when I began this blog, I thought it would be a short discourse explaining the principle then shamefully admitting I had no idea how to apply it to writing. Yet with a little imagination, it seems that a writer can apply the principle of training under demanding and realistic conditions. I’d offer that virtually all occupations have somewhat repetitive aspects and it is for those things that training exists.

Just make sure to break up the monotony of the long hard slog through the snow by reading a good book.