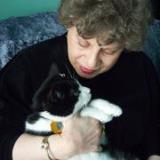 This week I’m interviewing Barbara Florio Graham, a writer, teacher, and communications consultant. Barbara has contributed to more than 100 magazines and newspapers around the world, websites in 46 countries in 11 time zones, and 38 print anthologies in five countries. Her award-winning Christmas Story has been reprinted in high school textbooks for students learning English in Sweden, Denmark and Norway. I’m very pleased to have Barbara for this interview, so let’s get right to the questions.

What made you decide to sit down and start writing?

I have always been a writer, making up stories as a very young child, and writing the beginnings of stories in the back of elementary school scribblers.

At the age of nine, I entered a writing contest at Humpty Dumpty magazine, and won first prize, which meant my story was published in the magazine. They also sent me $5 and a free subscription, and two years later I had a poem published in Jack & Jill magazine, who paid $10!

In grade nine, I won a Scholastic Magazines Regional Writing Award in the short story category, and spent my high school years working for my school newspaper and literary magazine.

I was an English Major at Barnard College, with a minor in music and a specialization in drama. My degree is from Columbia University, and I currently write the Class Notes column for Barnard Magazine.

I had two wonderful writing teachers at Barnard. One was Howard Teichmann, the famous Broadway playwright who collaborated with Moss Hart. I remember clearly his telling us that if we placed a telephone on the set, we’d better have a scene in which it rang. What that means is that every word, every thing you describe, must relate to the story you’re telling, whether you’re writing fiction, non-fiction, or poetry.

The other memorable teacher was John Cheever, National Medal for Literature winner. He guided our creative writing seminar, a class of just 12 students who had to be vetted before being admitted to the class, as there were no exams. We had to write 500 words a day, seven days a week, and spent class time reading some of our work aloud. Others in the class would comment, but Cheever didn’t say much. However, what he did tell us stayed with all of us throughout our professional lives.

Cheever told us that every story has a strong beginning and a strong ending. If you write those first, the rest is easy. He also urged us not to fall in love with words, to use description sparely, only when it served the plot or characters. He also gave each of us permission to be scared, that if you aren’t just a bit frightened by some aspect, the subject/characters might not be worth writing about.

What advice would you give to aspiring writers?

You can’t write well unless you read widely, and select quality books rather than whatever happens to be popular. Some writers will want to stay within their particular genre, but I think the best writers read everything that interests them, and attempt different types of writing as well.

I always thought I couldn’t write poetry, but I’ve won several top prizes for my poems. I also discovered humor by accident. I was deeply involved in journalism, writing about native and social issues, and began to write in the voice of my cat as a way to escape.

Soon Simon Teakettle became so popular he threatened to take over my career, and I ended up using his name for my domain and my website. 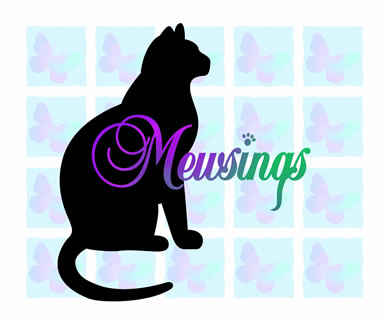 What has most helped you improve as a writer?

1. reading great writers, like Timothy Findley and Carol Shields, and analyzing what made their books work.

2. investigating other subjects far out of my field, in order to broaden my perspective. When I was in university I spent one summer studying different religions. A while back I decided I wanted to know more about quantum physics, and bought several books (written for the layman!) to help me understand what Stephen Hawking was talking about.
​
3. putting every manuscript aside for at least a day, and then reading the printed draft, away from the computer, to see where it could be better organized, where I could sharpen phrases, select better words.

I always have several things on the go, including articles I contribute to four different publications as well as those I plan to write or to market.

I have had a collection of linked short stories in the works for several years. It has no deadline, no plans for publication, and no set length. I’m just taking stories from my life and writing them as fiction. The first story in this collection already won an Honorable Mention in an international contest, and another one is in the anthology, Thirty at Thirty, just published by Ottawa Independent Writers.

I’m also considering a second volume of Prose to Go: Tales from a Private List. I served as Managing Editor for this project, and the contributors are talking about another.

Thanks so much for the responses, some great advice and pointers for other writers. How can readers discover more about you and your work?