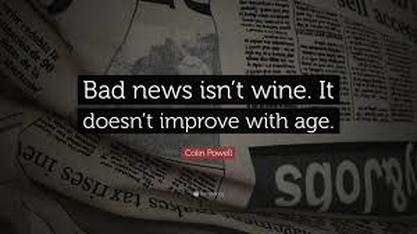 It’s often the case that bad news doesn’t get better with time, or easier to deliver.

Several years ago, I was tasked as an assisting officer to the family of a soldier who’d died while on deployment. For those who don’t know, one of the duties in this situation can include accompanying the designated authorities when they go to notify the next of kin about the death. (NOTE: I apologize if my language seems impersonal, but I’m doing my best to learn from this situation while being respectful of personal circumstances.)There’s a protocol for doing notifications (with which the CAF unfortunately got a lot of practice over the Afghanistan years) which sees the assisting officer wait outside while the notifying team gives the next of kin the news. Once the next of kin has been informed, the assisting officer steps in as a fresh face to explain how they can help. It’s an effective process for a miserable situation as it avoids having the assisting officer – the person who’s supposed to support the family with all the heartbreaking arrangements – from being associated with delivering the actual news.

As it turned out, I was in the room while a senior officer attempted to inform the soldier’s next of kin that their loved one was dead. Unfortunately, the officer botched the delivery. I’m sure it was well intentioned, but the officer wasn’t definitive, saying something like, “your soldier didn’t make it.”

While that may seem clear enough to you and I reading this article, to someone who’s being informed that their loved one is dead, it leaves the shadow of a doubt – what does, ‘didn’t make it’ mean? Granted, it’s a small window but hope, like life, sometimes needs only the barest conditions in order to take root. Prior to the notification, the padre had actually warned us about this situation and when the rapid fire questions began coming from the next of kin about how her loved one was doing, it seemed clear to me that the message was getting lost. I did what I thought best.

“I’m sorry; they’re dead,” I said. It was clear, it was accurate, it was the words the Padre had said to use.

It was also heartbreaking to see the light of hope snuffed out.

There’s a lot to discuss from this scenario, but the point I want to make is that even when the news isn’t good, it’s important to keep people informed, which brings us to the next leadership principle.

I think the previous version of this principle was, ‘Keep your followers informed of the mission, the changing situation, and the overall picture.’  Although this principle is still one of my favorites from the older version, it is a bit narrow. Arguably, putting caveats on what to inform your followers about is too restrictive, so the all-encompassing nature of the new principle is an improvement. What’s more, the requirement to explain cannot be overstated. As Viktor Frankl once wrote, ‘he who has a why to live, can bear almost any how.” 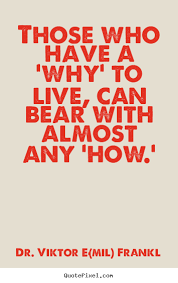 What’s more, the skills needed to keep yourself informed are different than those needed to share your situational awareness with others. Three methods important to the latter are clear and precise communications, providing accurate and complete information, and committing to a continual reassessment of a situation as new information becomes available. Make sense? Let’s take a deeper look at these three activities and how they could be applied to the business of writing.

Precisely means, ‘in exact terms, without vagueness,’ and refers to the manner in which communication is conducted, specifically the avoidance of unnecessary clutter. In other words, this is about making sure the message you want to send is actually the one being received. For a writer, this is about grammar, punctuation, and trimming non-related ideas; one possible reason why Mr. Steven Pressfield argues for cutting everything in a story that’s not on theme.

(Unless you happen to be drafting military correspondence, in which case feel free to use any sort of bureaucratic jargon that actually obfuscates as much as it sounds like you know what you’re talking about. I’m sure Strunk & White would shudder at the number of times phrases like, ‘with respect to,’ and ‘in order to,’ get used. And yes, I know this is the pot calling the kettle black.)

The problem in applying this tenet to writing is; how do you write precisely about some of the issues impacting society? Some of these issues are wicked problems that don’t lend themselves to easy solutions – if they were, they’d have been solved by now. But great writing almost always gives a precise interpretation of a societal issue, even if it may take a roundabout path to get there. Can anyone argue that To Kill a Mockingbird didn’t clearly communicate the issues of racism and judging others?

So ultimately, this is about communicating a message, or theme, a common refrain of these posts. Yes, grammar and punctuation are important, but not the biggest thing. What’s more important is to actually have something to say.

In the military, this is related to the aim and the mission, but for a writer, I think this continues to be about the theme. Instead of accurate and complete, I’d use objective and complete, meaning provide all sides to a story. Here’s why:

One of the main pieces of advice these days is to avoid cardboard cutout villains; that’s in the same vein as providing an objective view of the situation. Shawn Coyne makes this observation a lot, such as in the example of the movie The Fugitive when Tommy Lee Jones’s character has Harrison Ford’s character trapped in the sewers. When Harrison Ford says, “I didn’t kill me wife,” Jones replies, “I don’t care.” 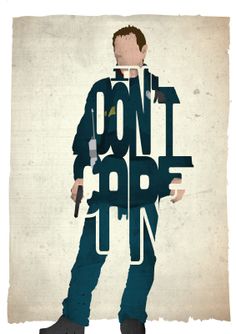 You know a quote is awesome when it gets made into a person…
​Jones’s character is the antagonist for the better part of the movie, but he’s not a bad guy, nor is he a cutout villain. Instead, he’s a US Marshall who always gets his guy and has understandable motivations for why he acts the way he does, which makes the movie that much more intense. In reality, most opponents or adversaries have a rational reason for the way they act; which we may not agree with it, but we can at least acknowledge that there is an explanation beyond: “they’re evil.” Presenting this information – with a view to providing complete and accurate information – is a way to deepen a story and reinforce the message.

This one is slightly more difficult to apply as once books or stories are published, they’re pretty much out there. As a former Senior Enlisted I used to work for used to say, “it’s like shit in your pants, you can’t take it back.” Except your views can evolve over time, so how does this apply? Technically, a writer could update their work, however, I’d argue that it’s the rare breed of author who’s successful enough to get the opportunity to do this.

More appropriately, I think this tenet is more of a reminder to not rest on your laurels. After the message is out there, it’s important to keep the lines of communication open so that you can assess whether your views continue to be relevant or need to change. Maybe it’s you who’s missing something. What’s more, a willingness to consider new perspectives brings the opportunity of a new story with a new message. Look no further than Ms. Harper Lee’s Go Set a Watchman for case in point.

​Practically speaking, a writer could adapt some basic questions from shooting engagements: ‘Did I hit the target? Did the engagement work? Do I need to engage again or should I move on to another target?’

​More broadly, I think these three methods fall within what E.B. White called the responsibility of the writer, which is to reflect and interpret their society. Reflecting society is done through clear and precise communication, and interpreting society is done through the provision of information back to society itself. Sure, that information may not be in the form of an itemized audit, but good communication of any sort tells a story, and complete stories tend to resonate more.

Lastly, reflection and reassessment is important. Everything is changing, including our views, and it would be naïve in the highest to think that any single interpretation of society is good forever. As E.B. White said,

‘I am often mad, but I would hate to be nothing but mad: and I think I would lose what little value I may have as a writer if I were to refuse, as a matter of principle, to accept the warming rays of the sun, and to report them, whenever, and if ever, they happen to strike me.’

Bad news may not get better with time, but every day we can look forward to the sun coming up and starting afresh. And if the bad news seems too much, take comfort with a quote from J.R.R. Tolkein,

“The world is indeed full of peril, and in it there are many dark places; but still there is much that is fair, and though in all lands love is now mingled with grief, it grows perhaps the greater.”