prev next
Memory works in funny ways. Take my first deployment to Afghanistan, probably still my favorite. There are the obvious memories, of course. The Whale. Tarnak Farms. The crowds lining the streets all the way from the airport to CFB Edmonton when we got back. 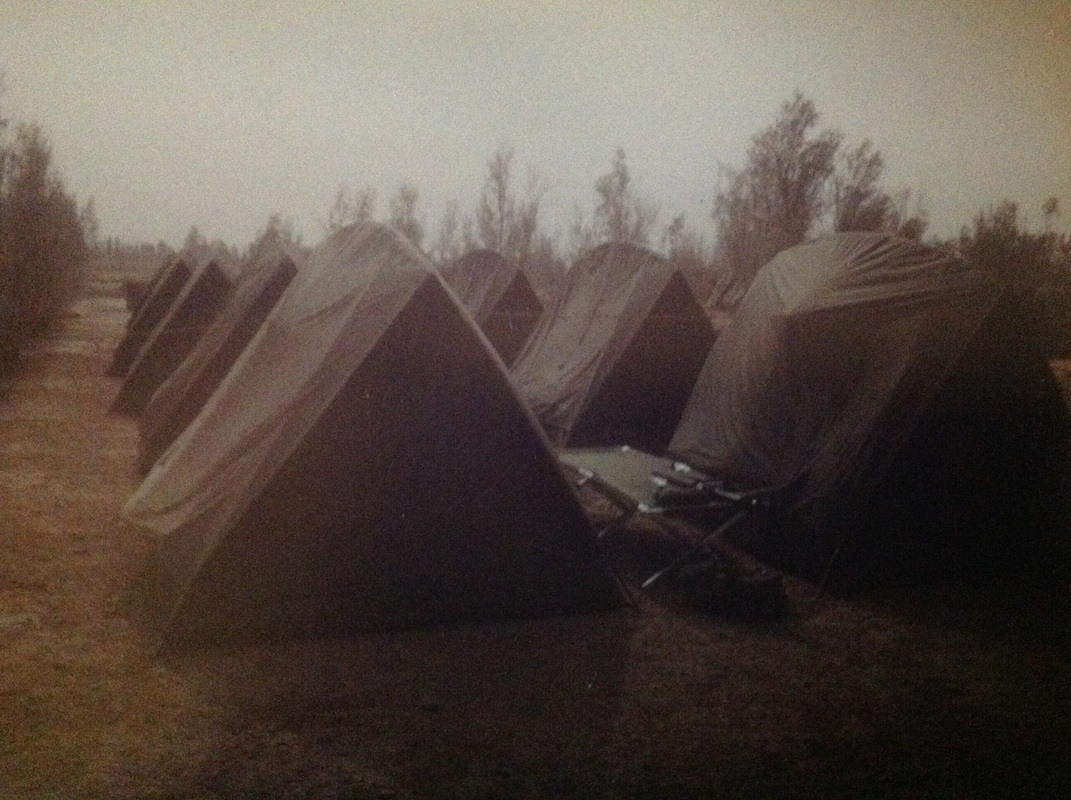 These tents didn’t get hot at all…
​Then there are the less obvious ones, like the misleadingly named 4-person crew tents that we lived in for months on end. I remember the time trenches sprung up like magic after the report that a BM-21 was cruising around the environs of Kandahar Airfield. 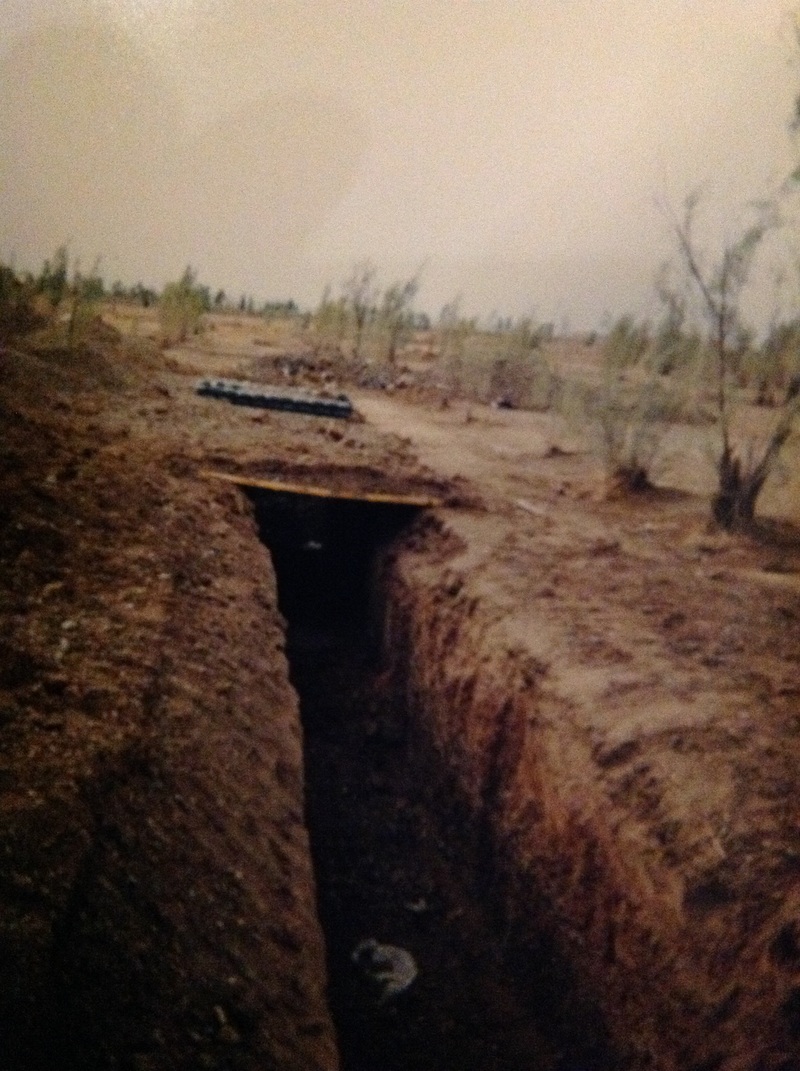 ​ I remember my platoon warrant lecturing me on the importance of tying off my Gerber multi-tool. I also remember how he then stole my Gerber (ostensibly to teach me a lesson), then set up a situation where I needed to use it and funnily enough didn’t have it. You got me, as your shit-eating grin immediately told me. (In my defence, that was the only time I ever lost my Gerber.) 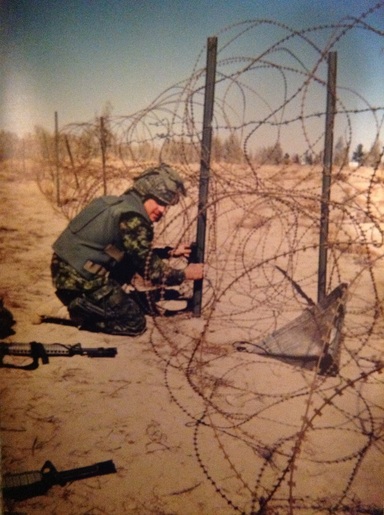 School is in session
​I remember standing in a bunker one night and looking back over the airfield through my Night Vision Goggles to see a mass of glowing points of light shift and morph in the air. Through shades of green, the amorphous blob twisted and turned, changing direction high and then low and finally breaking up into constituent pieces that alit amongst the ruined hangars that populated the airfield. 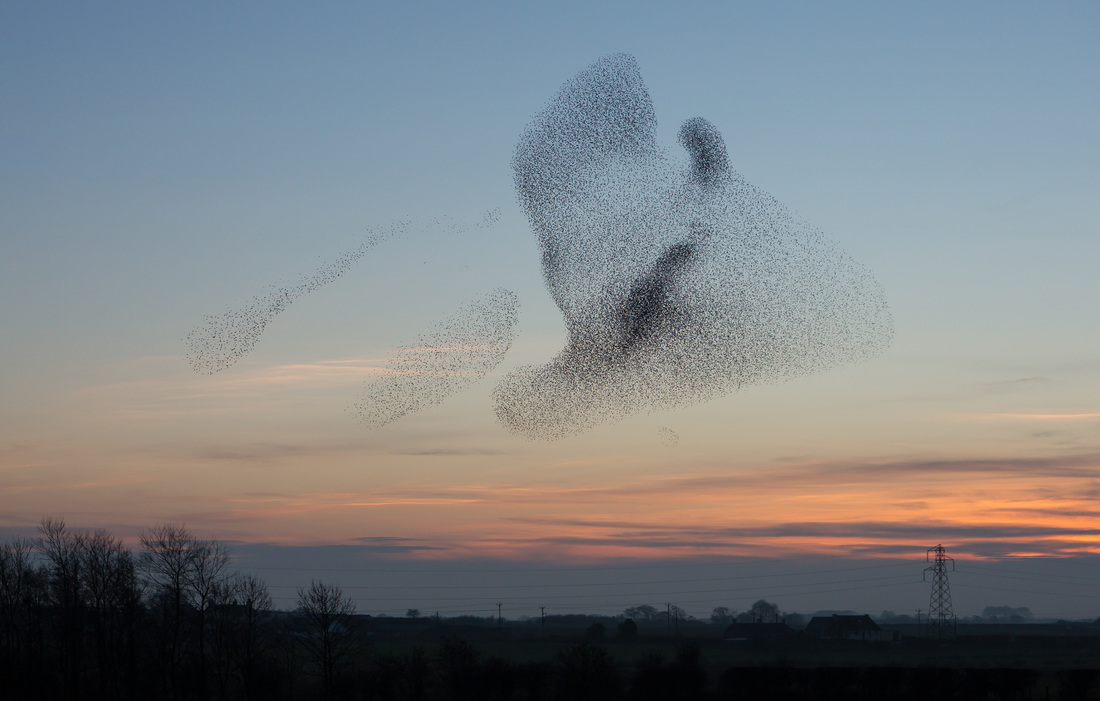 ​Birds, starlings to be precise, executing a murmuration.

From what I can tell, there’s still some doubt about what a murmuration is and what function it serves. What seems clear though, is that while the murmuration is happening the birds are linked like at no other time, exchanging information and benefitting from the interaction to settle down before roosting. Bird by bird they connect, each individual drawing warmth and comfort from the bigger flock.

Bird by Bird is, of course, also the title of Anne Lamott’s seminal book on writing and life, a great read for anyone and an unvarnished look at several things that have been useful to me as a new writer. 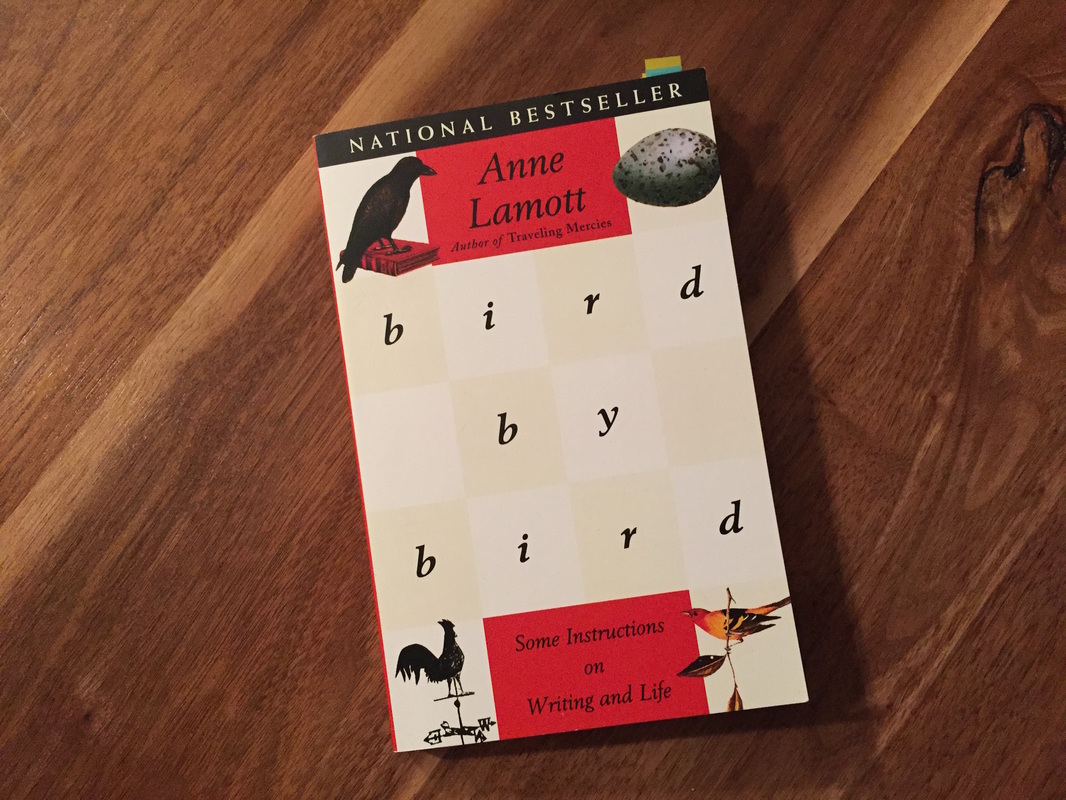 Shitty First Drafts. No matter how much we think that great writers turn out solid gold in their sleep, chances are they probably don’t. Even Stephen King admits to having screw-ups (although the example he provided of a first draft in On Writing still seemed pretty impressive to me). Anyways, this probably seems like a basic lesson, but it helps me to remember it when I read some piece of trash I just wrote.

My most memorable line from a shitty first draft? The sentence,

Again, in my defence the character in question was actually so angry that if he could have possibly sworn while he was already swearing, he would have done so, thereby earning the admiration of Senior NCOs everywhere.

Descriptions. In my mind, a defining feature of a great writer is the ability to describe something in a manner that not only perfectly enables another person to visualize the subject, but is done in a unique way. For example, lots of people use the Iceberg Metaphor to describe culture, or character development, or really anything that has visible and hidden aspects. It’s a good metaphor that helps rapid comprehension.

Unfortunately, because it’s popular it’s oh…so…boring. We all know what’s coming when the infamous iceberg slide shows up with a third of the words above the water line and the rest beneath.

Ms. Lamott’s descriptions, while perhaps no more insightful than the stately iceberg, are also striking in their uniqueness. Her description of writing a first draft as being similar to watching a Polaroid develop is one of the most effective descriptions I’ve yet to hear, and spot on. Her writing also has a great sense of humour, like radio station KFKD playing in the background whenever you try to write, with 24/7 DJ Resistance constantly distracting you from your writing goals. 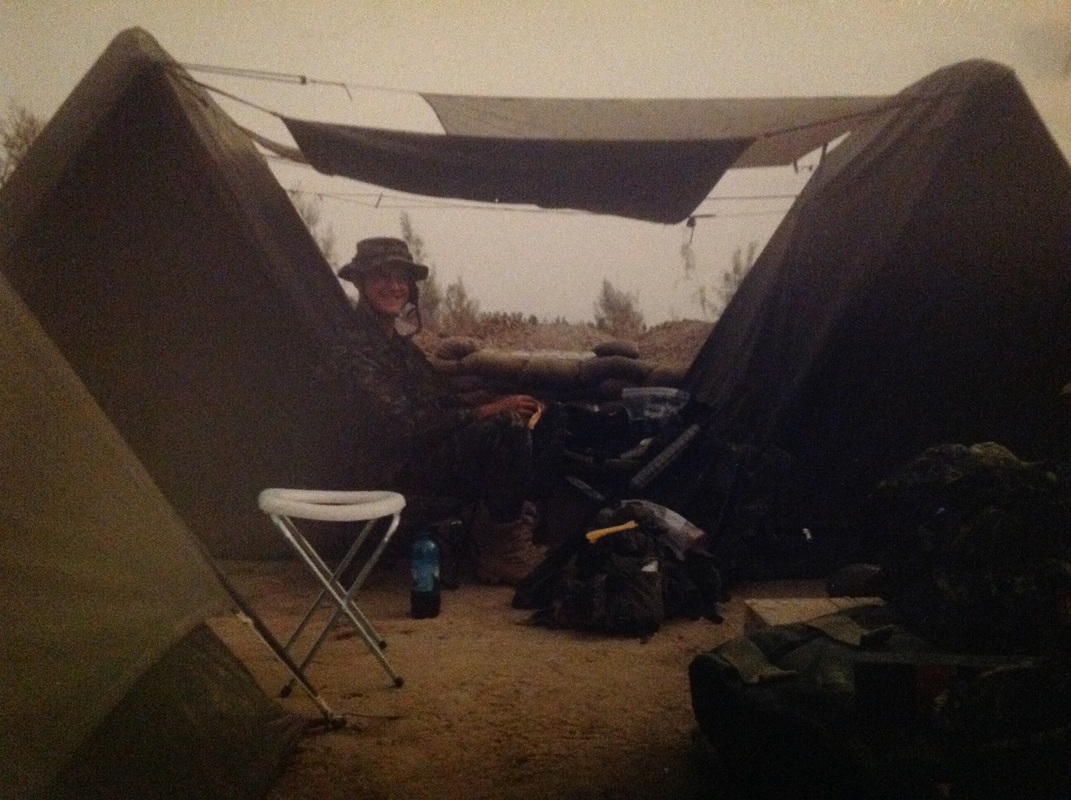 KFKD actually didn’t play all that often on this tour

Paying Attention. For all that, I think one of the best contributions Ms. Lamott makes in Bird by Bird is the necessity for writers to pay attention. Virtually anything in one’s life can be fuel for a story, but it’s all unrealized potential if you aren’t paying attention to it happening or can’t remember that it happened.

Until I started taking writing seriously, I never actually realized how much of my life I was kind of sleep-walking through, doing things because that’s either how things were done or what was expected of me in a certain role. Unfortunately, while I was paying attention to whatever the task at hand happened to be, I missed a lot of other things going on around me. Maybe that’s why I also often found myself counting down the time until I could move on to whatever the next thing was.

Now, I’m sure anyone who’s been deployed has at one point counted down the days left to go in a deployment, but if you think about it, that perspective puts the emphasis on the future, or whatever it is you’ll be doing when the countdown ends. It increasingly seems to me that being present isn’t about asking how much time you have to go, but how much time you have left.

Not many of us know the answer to that question. I could have 60 years left or I could have 60 seconds and if we remember basic economics, whenever we don’t know how much of a resource is available, that thing typically has a higher value. So I’d better pay attention during the time that I do have, not only for all the touchy-feely Hallmark card sentiments associated with that saying, but also to be present for that unrealized potential that fuels writing. 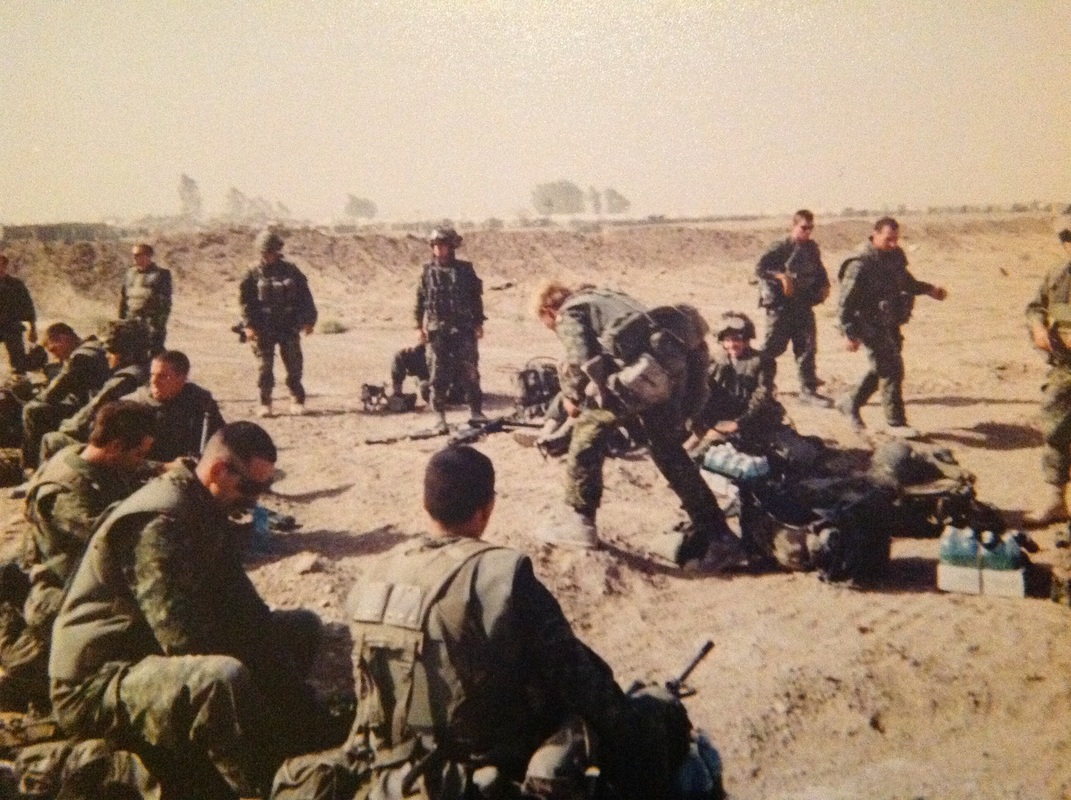 Even a picture can’t describe what’s going on here…

​Because in a way, this whole writing thing seems to be like some human version of a murmuration. The medium may be through words, but we’re still grouping together, connected across time and space to benefit from our experiences through the sharing of information. Maybe that’s why we still sit around camp fires and tell stories, partaking in the human condition not bird by bird, but word by word. It’s not just the fire that keeps us warm through the night, or the stories, but the connection. Maybe that’s also why so many of us read books before going to bed.

Thanks, Ms. Lamott, for giving me lots to think about.