When I decided to start writing, the one smart thing I did was not go off half-cocked. One of the benefits of military service is that the importance of having a plan is drilled into you almost from day one. Even winging it can be a good plan, as long as you consciously make that decision and adjust your actions accordingly. For me, I realized I knew little about writing creative fiction, so I took a course.

The first course I took was very basic, full of fundamental rules and conventions; things like what constitutes theme, grammar and punctuation, and everybody’s favorite maxim, ‘show, don’t tell.’ Although I hadn’t written fiction since high school, I had written both academically and professionally, so it wasn’t long before I realized I was familiar with many of these rules (or at least thought I was). Predictably enough, I started telling myself the rules didn’t apply in certain situations and could be broken – after all, there are tons of exceptions. Problem is, the first few times I tried to break the rules, I failed miserably. 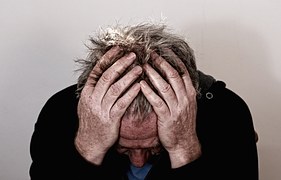 I can’t believe I’m thinking of being a writer…
This prompted the second smart thing I did, which was to take stock. I realized that while I knew where I was going, I didn’t know where I was. That’s where three lessons I learned in martial arts came into play.
​

Once I considered these lessons, I realized I was firmly still learning the form. So, I silenced my interior braggart and signed up for another course. And while I realized I may not have been as far behind as I thought (or maybe it’s more accurate to say I wasn’t starting completely from scratch), I still had a ways to go.

​Will I ever get to the point where I’m re-imagining the rules of writing? Who cares – right now I have enough to worry about in sticking to my navigation route to become a better writer. Anything else is getting ahead of myself and deviating from my plan.