​Unfortunately, it can sometimes be difficult to identify the enemy. In insurgencies, enemy combatants may be indistinguishable from the populace. Particularly in urban settings, the ability to blend into the local population may be the most effective way for an insurgent to conceal themselves, providing for their own survival while also gaining freedom of action.

Clearly, that’s dangerous. If you can’t identify the enemy, how can you beat them?
​
Good thing there are no enemies in writing, right? Not according to Mr. Steven Pressfield. 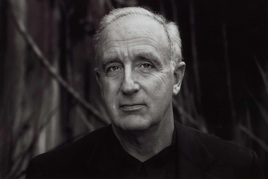 ​Up front, if you’re thinking of becoming a writer (or any sort of artist) you should read Mr. Pressfield’s books, especially The War of Art and Turning Pro. There’s really no way to do these books justice in a short blog, so if I can convince you of one thing, it would be to not just read these books prior to starting an artistic journey – pack them in your rucksack to take with you.

The Enemy is Resistance. In short and sweet terms, Resistance is everything that keeps you from pursuing your dreams. It is invisible, insidious, impersonal, and infallible. And it never stops.

The tools of Resistance are formidable. Fear. Procrastination. Self-Doubt. Self-Loathing. (http://www.stevenpressfield.com/2013/11/resistance-and-self-loathing/) Ego. Rationalization. Resistance will use virtually anything it can, all in the name of stopping you from writing.

But it can be beaten.

Phase IV Operations. In military parlance, Phase IV is synonymous with post-conflict operations, as in those things that happen once a war is over. In any conflict, there’s bound to be lots of damage. Phase IV operations are intended to get things working again and return to normal, like the Marshall Plan after the Second World War.

​But Phase IV Operations can be tricky. Sometimes the enemy comes back, often to devastating effect, especially if the victor has gotten lazy.

This is a crucial point, because although Resistance can be beaten, it always comes back. Although the same tools can be used to beat it again, it’s a lifelong struggle, enabled on a daily basis by the tools of a professional. It’s as simple as that.

As I progress on my own writing adventure, I periodically remind myself that the price of peace is eternal vigilance. Even from my limited experience, whenever I’ve taken my eye off the target, Resistance has made me pay. My advice to anybody else considering becoming a writer is that once you’ve gained contact with the enemy (which is actually the easy part since it’s probably happening right now), maintain contact. Show up. Do your work.

And read Mr. Pressfield’s books to better know your enemy.