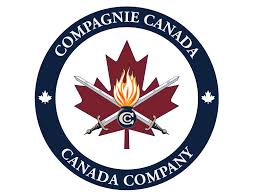 Every year, around 5,000 veterans leave the Canadian Armed Forces. Some go directly into retirement, some face medical rehabilitation, but many look for second careers. As they enter the civilian workplace, these veterans bring unique experiences and skills, qualities that should make them desirable to many private sector employers. And yet, up until 2013 most veterans made the leap to the civilian marketplace on their own.

While many veterans make the transition successfully, many do not. The Life After Service Survey conducted by Statistics Canada in 2013 showed that 27% of military personnel had difficulty adjusting to civilian life. As documented in the 2013 Final Report of the Veteran Transition Advisory Council, there is a cost to this number. Aside from frustration on the part of some veterans – at an already stressful time of their life – businesses also miss out by not understanding the transferability of military experience. In response, Canada Company stepped in with a goal of helping 10,000 veterans get hired by 2023.

From this vision was born the Canada Company Scholarship Fund, a program to support the children of soldiers who fell in the line of duty by subsidizing post-secondary education. Over time, Canada Company felt it could do more. When the 2013 VTAC report came out, Canada Company seized on the opportunity to act on many of the recommendations by providing a bridge between Canada’s military and business communities.

There are many benefits to a strong exchange between Canada’s military and business communities. Veterans have experience in a number of areas that make them positive contributors to a workforce, including leadership, talent management, project management, managing human resources, and being results-oriented problem solvers. They are also resilient team players. The challenge for military members is to translate their experience to the private sector to explain their value.

The return benefit to veterans is continued, meaningful employment, identified as the biggest concern of veterans as they prepare to find a job post-military. Indeed, the failure to find a meaningful job has the potential to undermine a successful transition, so by having veteran friendly hiring procedures, partner employers can help support veterans as they adapt to being a civilian. While much of the literature on supporting veterans rightly focuses on much needed mental health support, providing meaningful employment is yet another way to help and perhaps minimize stressors before they accumulate.

Canada Company has many programs in line with its vision of being the connective tissue between Canada’s military and business community. The Canada Company Scholarship Fund continues to provide annual scholarships to eligible children for post-secondary education. In addition, the Strategic Knowledge Exchange program, which began in 2014, brings together top leaders from Canada’s military and business communities to promote cross-discipline exchanges of knowledge and practices. Canada Company also runs the Light Armoured Vehicle III, or LAV III, monument program.

The main plank of Canada Company’s programs is the Military Employment Transition program, or MET. The aim of MET is to help CAF members, reservists, and veterans get employment in the civilian workforce. It does this through an almost cradle-to-grave approach, supporting personnel at the start of the process by helping them understand their transferrable skills, write resumes, even go through practice interviews. Military friendly employers are identified through the Employment Partner program and connected to veterans through seminars, exchanges, and webinars. Veterans are also connected to a network of mentors who assist and guide members through the adaptation process. Lastly, Canada Company has expanded MET to support the spouses of military members. MET Spouse has many of the same goals as MET, but with the added bonus of supporting spouses find employment when their spouse is posted.

Canada Company’s success has been impressive over a short period, although there are some opportunities for improvement. Lack of awareness continues to limit program potential. While Canada Company enjoys strong collaboration with the Department of National Defence and Veterans Affairs Canada, there still remains a percentage of veterans who release without knowledge of the available services. Similarly, and perhaps related, there is unrealized potential to develop a network of mentors across multiple industries.

Challenges aside, the future is bright for Canada Company. Since the inception of MET in 2013, the program has helped 1983 veterans get hired, on track to its goal of helping 10,000 veterans get hired by 2023. Since 2008, the scholarship fund has awarded over $425,000 in scholarships to 107 students across Canada and as of this writing, 10 LAVIII monuments have been installed with another 20+ in progress.

As a positive indicator of its success-to-date, Canada Company was recognized in 2017 as a 4-star charity and the top veterans’ charity by Charity Intelligence Canada, a rating based on assessed transparency and accountability, need for funding, and operating efficiency. From this foundation, Canada Company will continue to expand, increasing the use of innovative technology to expand its reach and increase awareness, ensuring as many veterans as possible can benefit from its dynamic programming.

Canada is a country with a proud military history, which makes it ironic that up until very recently, veterans were largely left to their own devices when their service was complete. Canada Company has stepped in to fill that gap with much needed support, both for veterans themselves, and also their families. Enabled by the generosity of Canadians across the country, Canada Company is doing its part to bridge Canada’s military and business communities, and in the process building a better and stronger Canada.

For a quick brief from Blake Goldring himself, please check out the following video:

For more information, please check out the following links: